As the race for two open seats on the Santa Clara City Council heats up, documents obtained by San José Spotlight raise questions about one candidate’s relationship to the mayor and his lobbying activity.

But according to documents, Mezzetti got more than just the mayor’s nod of approval. The two have been doing business with one another for years.

Mezzetti hired Gillmor’s real estate company in 2009 to determine the market value of two of his Santa Clara properties. Their business relationship dates back to at least 1991 when Gillmor hired the City Council hopeful to represent her in a lawsuit against a contractor for substandard work on remodeling her home. Gillmor and her husband asked for nearly $1 million in damages. The case was settled two years later. 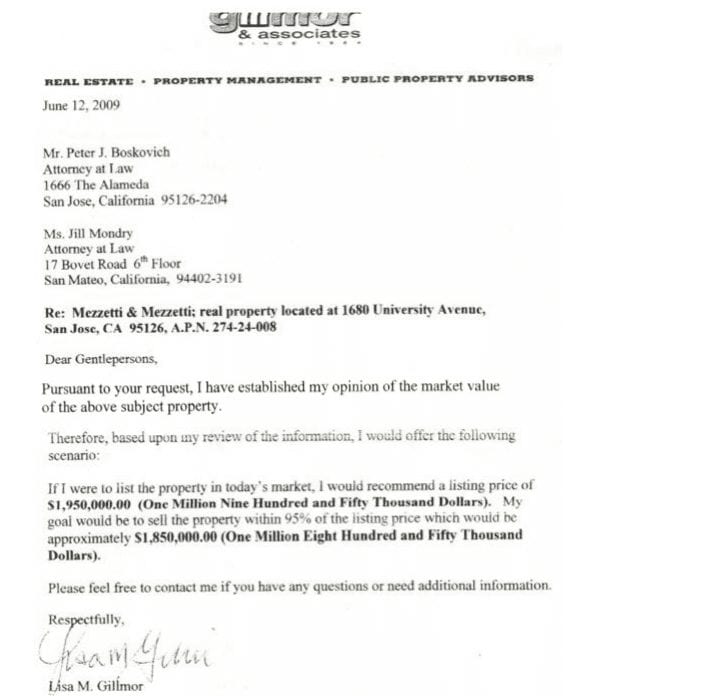 While having a previous friendship or business relationship is not illegal, it raises questions about Mezzetti’s impartiality if elected to the City Council.

The 2020 elections will be consequential in Santa Clara. The city is facing a reckoning with its decadeslong lack of diversity on the City Council and the potential for new leadership this year. Two of Gillmor’s longtime council allies — Councilmembers Kathy Watanabe and Teresa O’Neill — face challengers who could wrangle control away from the mayor.

And there are two open seats on the council  — Districts 5 and 6 — where candidates perceived to be friendly to the mayor are facing off against others who could tip the power in favor of her rivals, including the San Francisco 49ers.

As first reported by The Silicon Valley Voice, Mezzetti has also come under fire for his record of lobbying city officials, including Gillmor, on a pending development project.

Mezzetti, who is a registered Santa Clara city lobbyist, has represented developer Republic Metropolitan since 2017. The developer is working on the controversial Santa Clara Station project near the Caltrain station. The project calls for a seven-story, 170-unit building on 2.59 acres of public land owned by the city and Valley Transportation Authority.

The City Council extended its exclusive negotiating agreement with the developer for the third time in July.

Mezzetti told The Silicon Valley Voice that he serves as the developer’s legal counsel and would recuse himself from votes relating to the project, if elected.

“If elected I would consult the City Attorney. But even if I were allowed to vote, I would recuse myself,” he said.

In his role as the developer’s lobbyist, Mezzetti met with elected leaders at least 17 times in three years to advocate for his client. Following a meeting with Gillmor and city administrators on Sept. 13, 2018, records show Mezzetti donated $590 to Gillmor’s mayoral campaign.

Mezzetti, Becker and Barve will face off Nov. 3 to replace District 6 Councilmember Debi Davis on the council.