EconomySan Jose
by Eli Wolfe
Workers marching on May Day in San Jose on May 1. Photo by Felwina Opiso-Modina and courtesy of Mak Aruta Konefa.

Labor organizers upset with San Jose for scheduling an event that conflicted with a May Day celebration want guarantees from the city it won’t happen again.

On Sunday, labor advocates and workers gathered in San Jose to celebrate May Day, also known as International Workers’ Day. The holiday is celebrated every May 1, and over the years it has attracted significant crowds in San Jose, peaking in 2006 when roughly a quarter-million people showed up. COVID-19 didn’t stop May Day participants from marching last year in a show of solidarity for a variety of social and political movements, including police abolition and universal health care.

Advocates say the city created a logistical problem by scheduling a separate event on the same day, Viva Calle—where streets are blocked off so people can walk and bike. Organizers said the event took place along the May Day march route from Mexican Heritage Plaza to City Hall.

A city spokesperson said officials learned of the scheduling problem several months ago and reached out to organizers to address it, but didn’t hear back until three weeks ago. 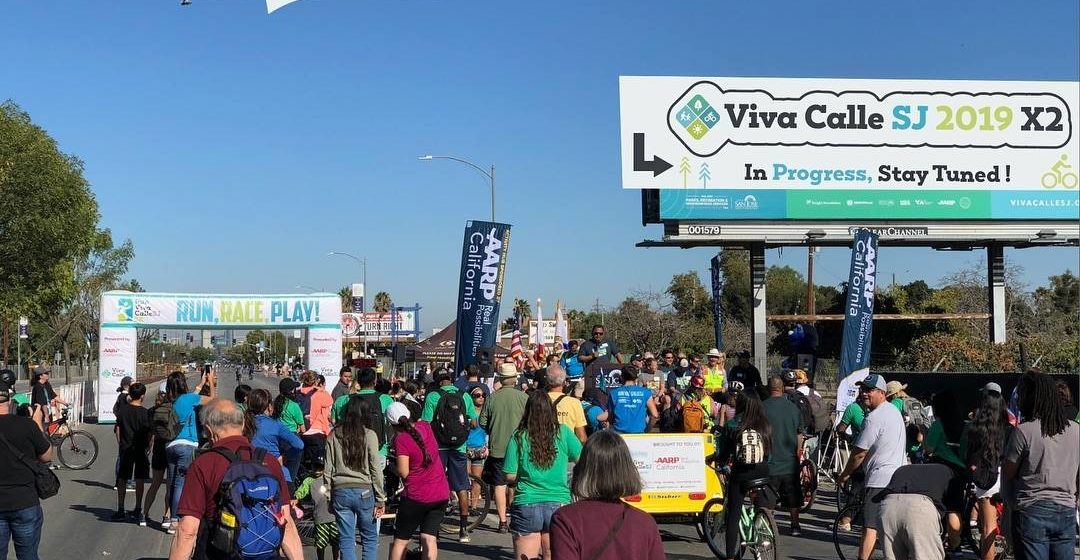 Shaunn Cartwright, a member of the coalition of groups that organized the march, told San José Spotlight organizers were shocked city officials didn’t see a problem with scheduling a major event on May Day. She also noted the presence of police officers made some marchers uncomfortable.

Daniel Lazo, spokesperson for San Jose Parks, Recreation and Neighborhood Services, said city officials caught the mistake three months ago and tried to reach organizers to find a fix. He said even with the short turnaround, the city was able to provide May Day organizers with pedicabs—bicycle rickshaws—so participants wouldn’t have to drive, a sound system and a special crossing on the Viva Calle route for marchers to use.

“Although this was an error on our part, this was an opportunity for both events to shine, to show the importance of celebrating workers and open streets to our community,” Lazo told San José Spotlight, noting this is the first time Viva Calle has fallen on May Day. He said the next time May Day falls on a Sunday will be in 2033.

Organizers say the city should take steps to make May Day an official holiday, especially in light of the work done by frontline employees during the past two years of the pandemic.

“Essential workers have been really keeping our economy afloat, and it’s important to recognize the lives lost, and also recognize the importance of the workers who continue to go out and risk their lives every single day because they have families to feed,” organizer Mak Aruta Konefal told San José Spotlight.

“In battles of values we have to rise above and make sure families have dignified work, and can feed their children, especially here in the Bay Area where cost of living is so incredibly high,” Carrasco said during the meeting.

“May Day was the time to celebrate (workers),” Silver Taube told San José Spotlight. “It really hurts our hearts, and it’s heartbreaking to see that Villa Calle was scheduled on the same day, and these workers weren’t lifted up and recognized.”