“Voters in our county are used to voting by mail,” Shannon Bushey, the Santa Clara County registrar of voters, told San José Spotlight. “They know it’s the safe way to vote and we haven’t had an issue.”

Based on her more than 25 years of experience, Bushey said that she’s seen little evidence of fraudulent voting and that ballots undergo a thorough verification process.

Every registered voter in California is expected to receive a mail-ballot for the Nov. 3 election, a move by Gov. Gavin Newsom to steer people away from voting in-person and potentially spreading the coronavirus.

However, Newsom’s executive order for an all-mail election came under scrutiny after the national and California Republican Party sued him. The plaintiffs argue that Newsom overstepped his authority as governor and that mail-in ballots will increase voting fraud and cause a partisan shift favoring Democrats in the election.

Trump tweeted last week that mail-in voting will lead to “massive fraud and abuse” and could end the Republican party. His tweets earlier this week led to Twitter publishing a fact check about voter fraud.

We added a label to two @realDonaldTrump Tweets about California’s vote-by-mail plans as part of our efforts to enforce our civic integrity policy. We believe those Tweets could confuse voters about what they need to do to receive a ballot and participate in the election process.

But Bushey said voter fraud is rare in Santa Clara County and cases of ballot harvesting or double voting are uncommon.

“The first round of verifying is by one person comparing it to a signature on file,” Bushey said. “We have multiple reviews in our office. We take every measure.”

If signatures do not match, Bushey added, workers must call the voter and cannot open the ballot or count it.

Data from the registrar show that 426 signatures of voters in Santa Clara County did not match their ballots during the 2018 gubernatorial election, which saw 80% of registered voters casting vote-by-mail ballots. In addition, 288 vote-by-mail ballots were not signed.

Workers most often challenged vote-by-mail ballots that were received late, which totaled 2,183, and found that 54 voters died before their ballots were counted.

“We’ve had a great and long-lasting vote-by-mail system,” Bushey said. “The majority of all our returns are voted by mail.”

During the 2016 presidential election, 74% of voters who turned out voted by mail, according to the registrar.

However, local Republicans back Trump’s claims and say vote-by-mail fraud is difficult to identify without judicial action.

“Obviously, it does take money and personnel effort to clean up audit rolls and do those things,” Connolly said. “Unless there’s a lawsuit after the vote, there’s not a lot of effort to auditing. Unless someone has a lot of money and wants to do a full-scale audit, how do we even know?”

However, research shows little evidence of fraudulent voting throughout the United States, according to FactCheck.

“We have a problem in the U.S. that people don’t vote,” said Ann Ravel, a former commissioner of the Federal Election Commission and candidate for the California Senate. “The issue is not fraud.”

Ravel said Trump’s tweets claiming all-mail elections are rife with fraud are meant to discourage voter turnout. “They check everything to make sure they are valid,” Ravel said. “It’s extremely thorough. California has a more sophisticated system because we have been doing vote-by-mail for a while.” 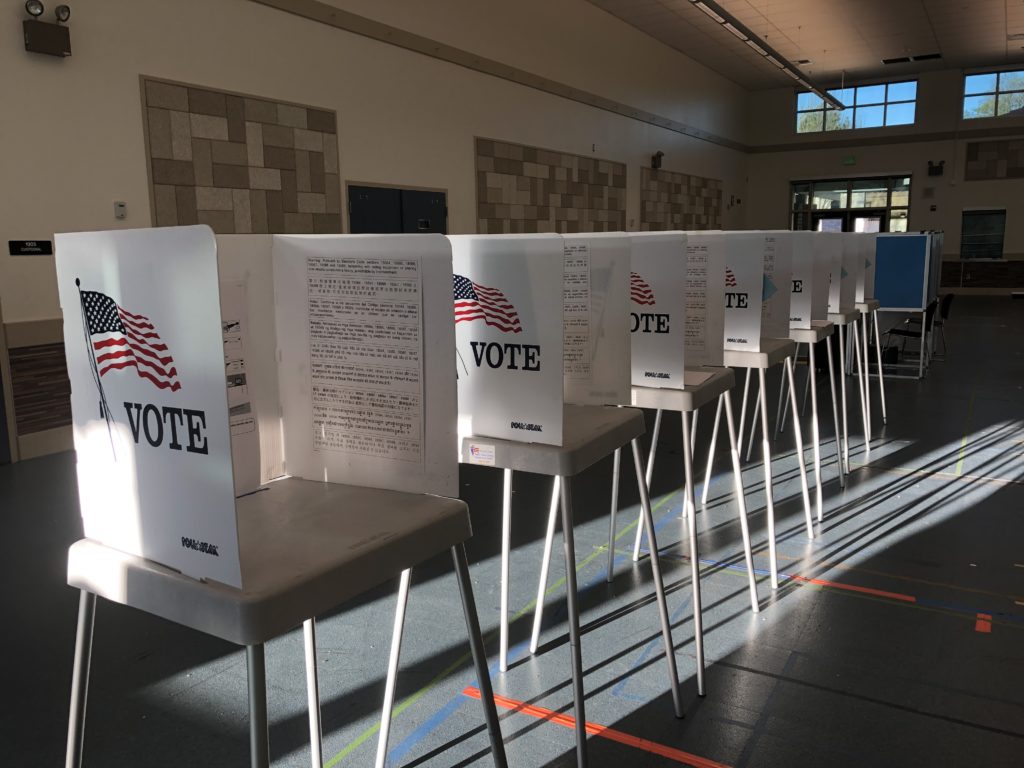 However, election-integrity advocates have concerns with the ballot auditing system in California.

California requires counties to conduct a 1% audit, which means rechecking 1% of precinct results in each county to verify accuracy.

“Teams of four people sit down and look at ballots from different precincts,” Bushey explained. “These precincts are randomly selected. Nobody knows which precinct is going to be counted in this manual tally ahead of time.”

But some say counties should hand over that responsibility to the state.

“Some other part of state government should do the audit,” said Jim Soper, co-chair of the National Voting Rights Task Force, an election-integrity group. “Because the registrars have a very vested interest in covering stuff up. They don’t want people to know if there’s work.”

Soper’s work focuses on how technology disrupts election integrity. He advocates for open source election systems and argues that many county-run systems obstruct transparency. He said there’s a lack of sufficient oversight from the state on how counties run elections.

With the coronavirus pandemic draining state and local budgets, California Secretary of State Alex Padilla slammed the federal government for not devoting more funding for the Nov. 3 election in its proposed federal stimulus package.

Despite a policy that requires state certification of voting systems used in every county, Soper said the secretary of state’s dearth of funding prevents it from initiating a uniform system.

“We have the Secretary of State’s office, but they’re overworked,” Soper said. “They had their budget cut during the recession. It’s not working the way it should be.”

Aside from getting more funding, counties also should narrow the time it takes to calculate results, Ravel said.

“The secretary of state doesn’t certify those ballots until they receive all of them from all of the counties,” Ravel said. “So that’s part of the problem: The length of time it takes at the local level to count all those ballots.”

The longer it takes, Ravel said, the easier it is for the numbers to be questioned.

However, Connolly said that ensuring accurate auditing should be a top concern for both Democrats and Republicans.